The Karakoram Highway is a thing of wonder and exoticism to me — I had read about the hundreds of workers who died in the attempt to carve out a snaking route through mountain ranges as high as 4,700m. This is the only international highway where travellers could be engulfed by either sandstorms or snowstorms.

The highway, which traces part of the ancient Silk Road that once linked Chinese traders to Arabia and Europe, was built as a joint China-Pakistan project to cement their friendship and support trade.

After three exhausting flights, I landed in the oasis city of Kashgar in Xinjiang, before working my way to Pakistan.

The 2,000 year old city’s core architecture with Islamic and central Asian influences, is a testament to Kashgar’s history as a key outpost on the Silk Road. It is also located close to the borders of Afghanistan, Kyrgyzstan, and Tajikistan.

The locals look more Central Asian than Han Chinese, with beautiful, jarring faces that are hard to place. Most are Uighurs, a Muslim Turkic minority under constant pressure from the state for their cultural and religious practices. Whenever bouts of violence and unrest break out in the region, it ends up with tighter regulations and inconvenience for the locals.

In an act of defiance and perhaps practicality, Uighurs disregard the Beijing Standard Time, introduced in 1949 to make China’s time zone uniform even though the country spans five geographical time zones. “Uighur time” is two hours behind, which was confusing when planning a travel itinerary. 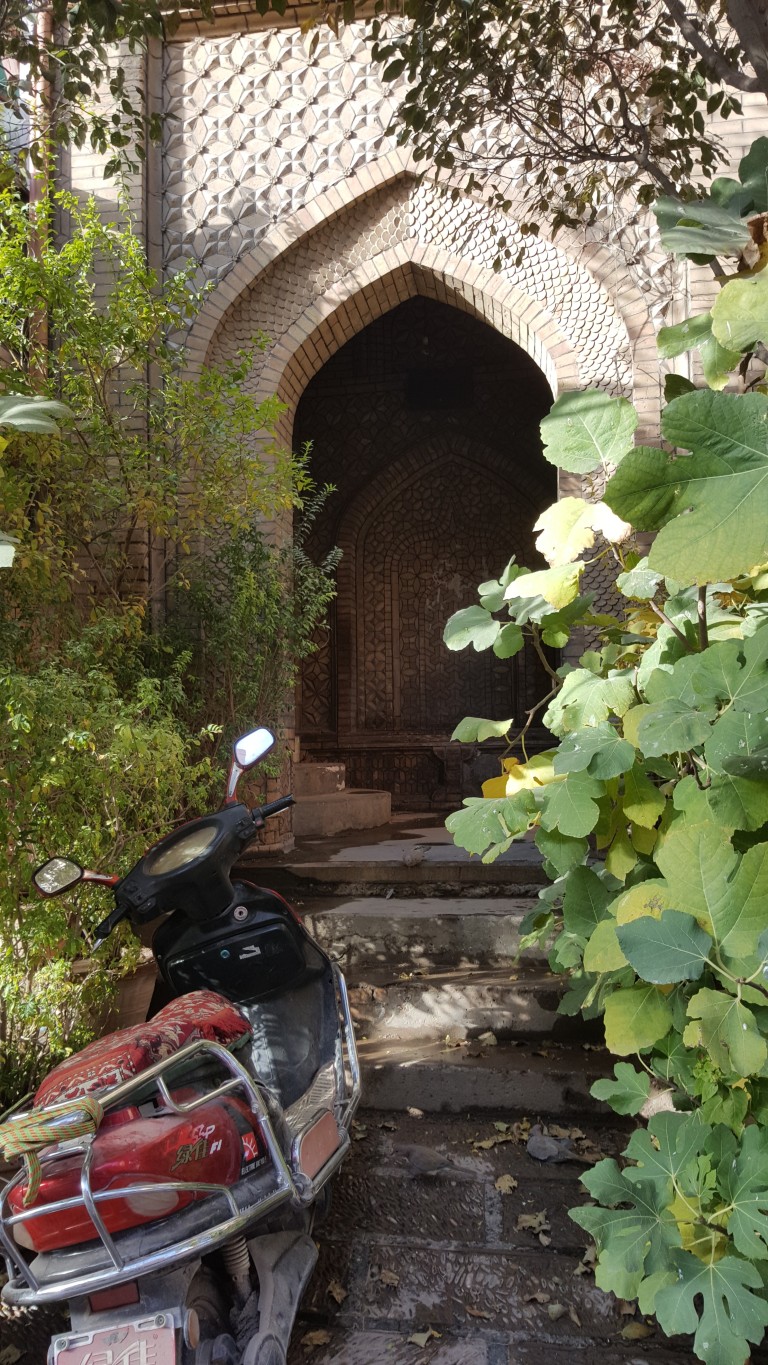 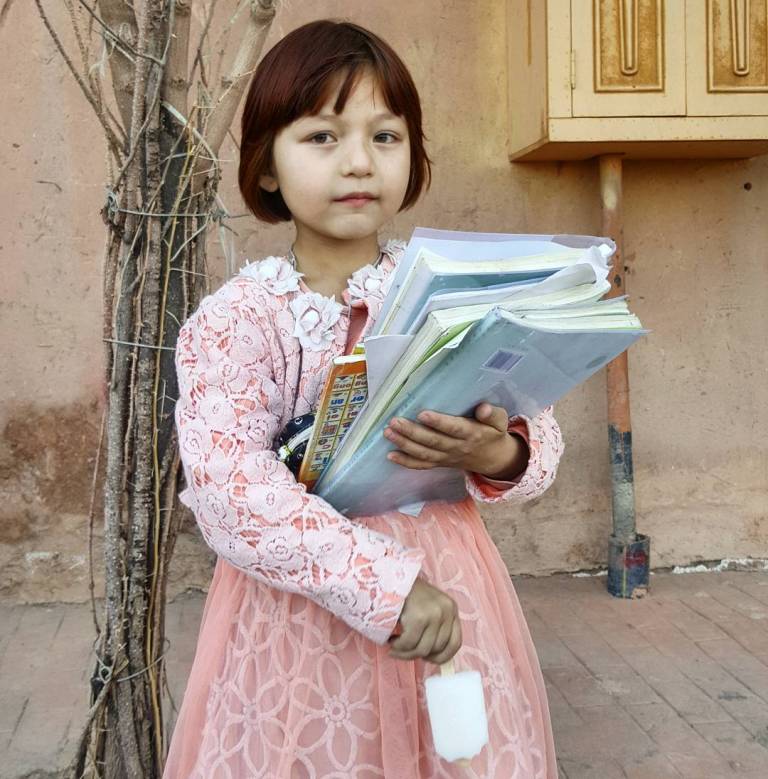 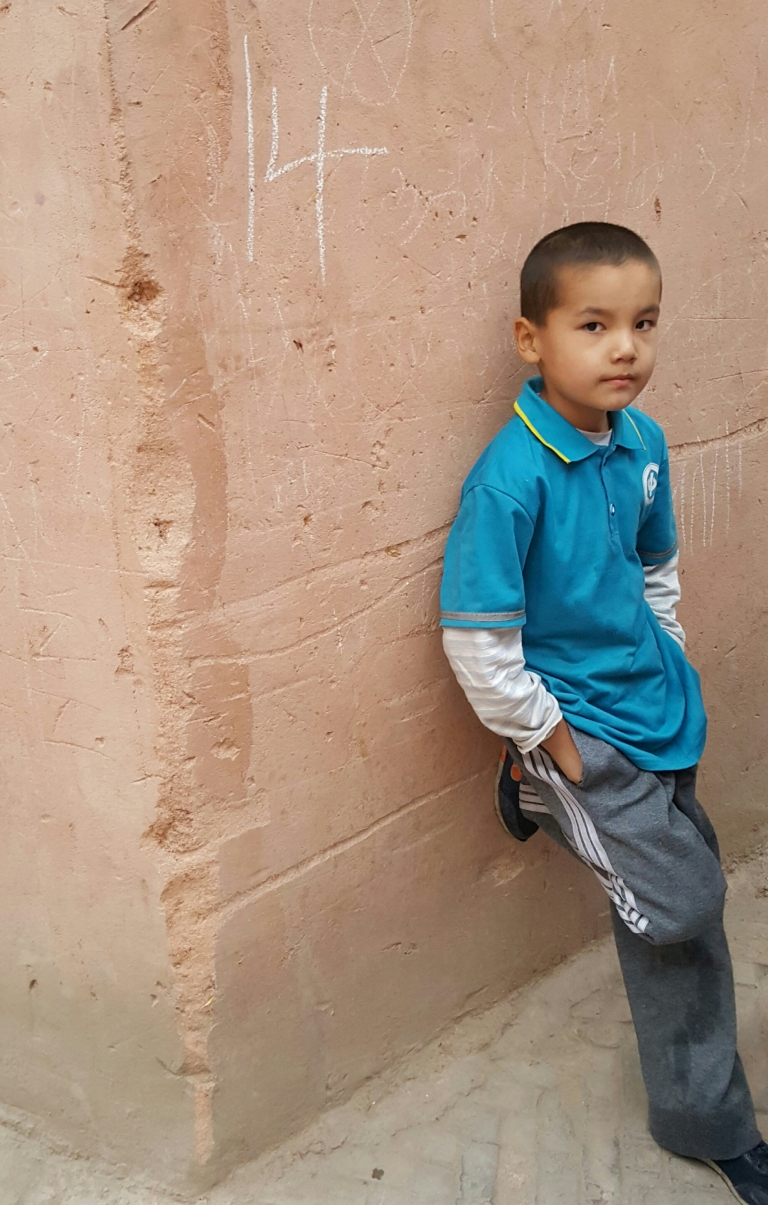 Against this backdrop, the Uighurs I encountered in the Old Town were a happy and peaceful lot, who would banter boisterously and laugh with ease. As an outsider, not once did I feel unsafe. They spoke to me in heavily-accented Mandarin which was understandable but communicated in Uighur among their own.

The scenes in the Old Town were picturesque with blacksmiths hammering at copper pots, butchers carving meat off carcasses hung outside in the cold, bakers taking out fresh loaves glistening with sesame oil.

Tourists meander along narrow lanes in the Old Town, narrowly avoiding the soundless electric motorbikes while they snap pictures of “traditional” Uighur life.

American architect and historian George Michell wrote in 2008 that Kashgar was “the best-preserved example of a traditional Islamic city to be found anywhere in Central Asia”. That might have been so, but I couldn’t shake off the sense that I might as well have been on some Utopian movie set. Everything was too perfect, too sanitary and too well-preserved. 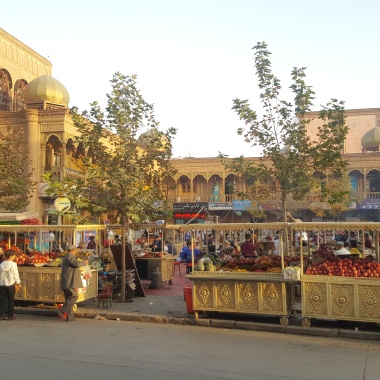 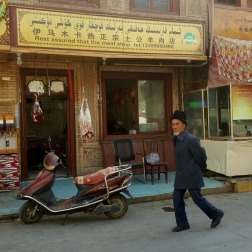 As early as 2009, reports surfaced that Beijing was rolling out a multi-million dollar project to give the 2,000-year-old Kashgar a facelift. The restoration entailed demolishing parts of the old Uighur mud-brick settlements and rehoming Uighurs in new high-rise buildings.

A Chinese florist chain owner who sat next to me on the plane from Urumqi to Kashgar, had said the Han Chinese and Uighurs live in harmony with little friction. She went on to explain that parts of the Old Kashgar were being torn down because Beijing was trying to improve the Uighur communities which were prone to mosquito-breeding during the summer, and without proper sewage and drainage systems.

On the flip side, Washington-based Uyghur Human Rights Project warned in 2012 that these development projects were destroying Uighur culture and aimed at assimilating ethnic Uighurs into Chinese society while surveilling them.

A short walk away from the Old Town were clusters of crumbling and dilapidated buildings, that looked like it was in the midst of demolition. Surprisingly, some of the buildings still had shops open and there were also occupied homes.

Beijing wants to model Kashgar after Shenzhen, its first special economic zone. Han Chinese investments and developments have surged in the city, which locals complain benefits outsiders rather than the Uighur population.

Development and modernity are necessary, but it shouldn’t come at the expense of cultural heritage preservation or the locals’ interests.

It troubles me that the next time I return to Kashgar, all that might be left is a hollow relic of Uighur culture. 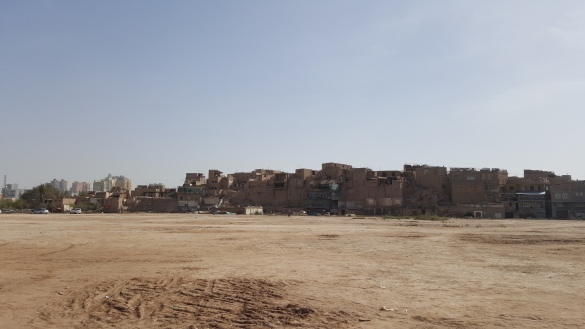